If you’re not fortunate enough to be attending Sheffield Doc/Fest this week, but are in the market for some great docs, here is a list of films that have played at the festival that you can now stream on Netflix or BBC IPlayer. Descriptions are from the copy I originally wrote for Doc/Fest.

Excited at having landed a place at the University of North Carolina, Annie Clark’s elation evaporated when she was raped before classes began. She is far from alone: studies show that 20% of women will suffer a sexual attack at university. In a masterful, wide-ranging investigation, Kirby Dick and Amy Ziering present dozens of testimonials detailing how universities of every shape and size collude to cover up sexual crimes on their campuses, creating an ideal “hunting ground” for serial offenders. Fear of damaging their reputation – and enrolment – drives shocking behaviour throughout the universities, with the fraternity and athletic communities covering up the most grievous assaults. For many victims, the institutional denial proves even more painful than the crime itself. But hope is in sight as Annie and other victims begin to fight back through the courts, hitting universities where it hurts – by threatening their revenue streams.

It became known in America as the “loud music trial”. In an encounter which lasted a scant three and a half minutes, a middle aged white man named Mike Dunn repeatedly fired into a car of unarmed black teenagers, after they refused to turn down their rap music, killing 17 year old Jordan Davis. Now the case has come to trial, and the nation is watching. Dunn’s attorney is using Florida’s controversial “stand your ground” law to argue self defence. In the wake of the Trayvon Martin case, in which a white man walked free in Florida after gunning down an unarmed teenager, tensions are running high. Director Marc Silver skilfully weaves a compelling narrative through beautifully shot courtroom scenes, interviews with the victim’s parents and friends, and shocking telephone conversations between incarcerated Dunn and his distraught fiancee. A riveting look at a flawed legal system in a country where race relations are balanced on a knife’s edge.

In this double Sundance winner, Matthew Heineman (main pic above) takes us deep into the world of Mexican drug cartels by embedding himself with two vigilante groups on either side of the US-Mexico border. Camouflaged to help spy on drug runners, veteran Tim Foley is a man who wears his hard past on his face. Meanwhile, across the Rio Grande, surgeon Dr. Jose Mireles looks straight out of central casting, with chiselled features and a prominent moustache. As head of the Autodefansas, he is leading a group of men determined to obliterate the region’s most dangerous drug cartel, the Knights Templar. Heineman repeatedly places himself in harm’s way, filming the chaos as the group begin taking over towns – in so doing adapting many of the violent tactics of the drug lords they’re trying to overpower. A visceral journey into North America’s heart of darkness, Cartel Land will be talked about for years to come.

Sixto Rodriguez was discovered by two music producers, whilst living on the streets of Detroit in the late 60s. They quickly recognised him as an inner city poet, his poignant lyrics about working class lives reminiscent of Bob Dylan. They made two albums with Rodriguez, and never understood why they were total flops. Unbeknownst to them, in a pre-Internet, apartheid age, a bootleg copy of a Rodriguez album made him an inspiration to a generation of South Africans just beginning to test the ties that bind. Yet all that his South African fans knew about Rodriguez, was that he had spectacularly killed himself on stage. After years of wondering, two of his biggest devotees set out to learn more, and eventually discover the shocking truth behind the legend. This beautifully crafted film scooped two major awards at the Sundance Film Festival, and shows in its edge-of-the-seat storytelling, just how powerfully a documentary narrative can grip.

Few people cite Scientology as a force for good in their lives – outside of Scientologists themselves, of course. But it was communal hatred of the creepy cult – and their bullying, litigious online presence – that forced the hacktivist group Anonymous from a culture of pranksters to an influential cyber-army. As a number of the group’s most prominent activists face over-the-top prison sentences, director Brian Knappenberger explores the history of the radical collective, and how it rose from a patchwork of bloggers, to become an influential change-agent in the Arab spring. Inevitably with such an amorphous, all embracing group, schisms endure. Most want to use their numbers to promote civil disobedience and curb some of the world’s excesses. But others simply want to continue to cause anarchic mischief online, or as one of this doc’s many entertaining commentators puts it: “If you’re not out there making epileptics have seizures, then you’re a moral fag”.

Lisa Ling regrets the 121,000 lives she spied on electronically in a two-year period for the US Air Force. She’s now trying to make amends by visiting bombing victims in Afghanistan. National Bird follows Ling and two other whistleblower veterans wracked with guilt about the secret US drone war, and the many civilian casualties that continue to be denied by the powers that be.

At some point you would have thought New York Governor Eliot Spitzer, who was an aggressive prosecutor of prostitution rings, might have written a note to self: Do Not Buy Hookers (no matter how high class). But no, alas, an FBI sting of a pricey escort service led to Spitzer’s fall and resignation after barely a year in the guv’s chair. Unfortunately for us small people, Spitzer was one of the good guys: he had built a career tackling excesses in the banking industry (before anyone else did), as well as going after environmental polluters and other baddies. Oscar-winning director Alex Gibney pieces together the rise and fall of Spitzer, and the long line of powerful enemies he left in his testosterone-fuelled wake. Accompanied by a breezy soundtrack, a range of entertaining interviews – including his chief nemeses, favourite call girl, and Spitzer himself – fill us in on one spectacular fall from grace. 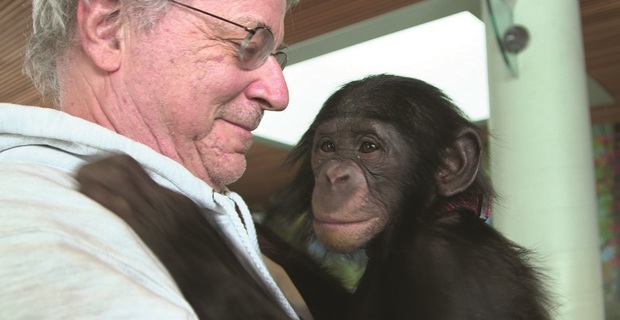 In this legal thriller from vérité legends D.A. Pennebaker and Chris Hegedus , we follow Harvard professor Steven Wise, who is arguing to a series of sceptical judges that New York’s chimpanzees should be persons in the eyes of the law. Wise is convinced he can make legal history – if only he can keep his primate plaintiffs alive long enough to represent them in court. 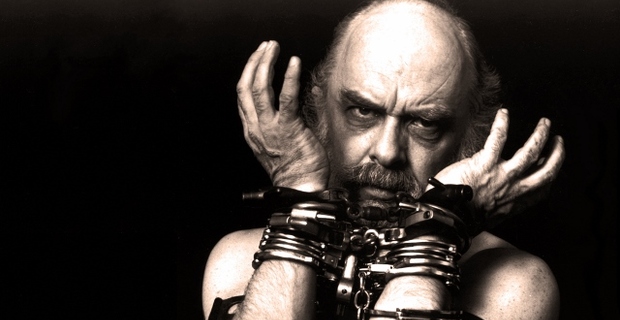 As a magician “The Amazing Randi” spent decades wowing audiences with astonishing feats. But as Randi’s fanbase grew, he became uneasy at how conmen and faith healers used the tricks of his trade to deceive the masses for profit. Randi made it his life mission to expose psychics, even using the bullhorn of the Johnny Carson show to do so. Directors Justin Weinstein and Tyler Measom take us through a hugely enjoyable series of Randi’s exposes, from the spoon bending of Uri Geller, to a televisual faith healer aided by an earpiece and a compliant wife. As he continuously worked to debunk the psychics, Randi met angry denial at all levels – even from the gullible scientists he did his best to aid and abet. As he eases into his twilight years still fighting deceit, Randi finds that a deception at the heart of his personal life might prove the costliest trick of all.

They knew how to make an impact: Pussy Riot’s performance inside a Russian cathedral might have lasted just a few seconds, but its repercussions continue to rock the Russian state. Mike Lerner and Maxim Pozdorovkin’s absorbing documentary brings us straight into the centre of the ensuing trial, where three members stand accused of “hooliganism motivated by religious hatred”. The filmmakers obtain astonishing access to the legal system, including the courtroom, where the girls murmur from within the confines of a glass cage at the sometimes farcical mayhem around them. Reviled by much of the Russian public, with even their closest family struggling to defend their actions, they stand firm by their convictions – and hatred of Putin. A truly compelling immersion into the clash between a generation determined to challenge an oppressive status quo, with those who are equally determined to maintain it.